The marvelous dogs of Dougie Wallace 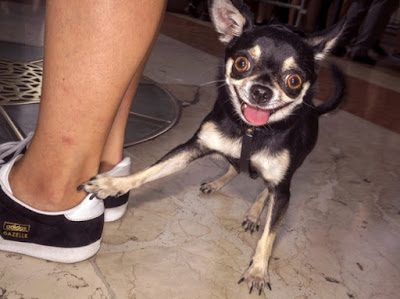 In his book entitled Well Heeled, photographer Dougie Wallace has turned his camera on man’s best friend and the strange world of pet “parents”. Dogs, and his pursuit of them, have taken him to London, Milan, New York and Tokyo. Their owners, often described as “extreme pet humanizers”, can spend as much on accessorizing and grooming their “offspring” as they would on themselves.
Dougie Wallace has used his observation and wit to portray this phenomenon in his new series.