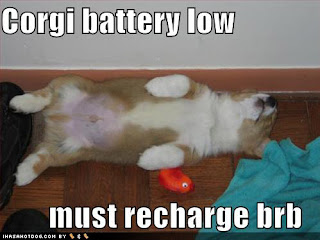 I'll be on vacation starting tomorrow morning,this means I wont be able to update for the next two weeks.
In the meantime, stay healthy and happy !

“Vertigo is the conflict between the fear of falling and the desire to fall.” Salman Rushdie 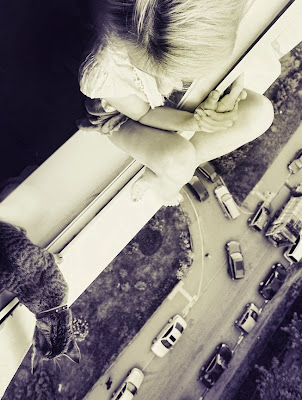 Rip it up and start again 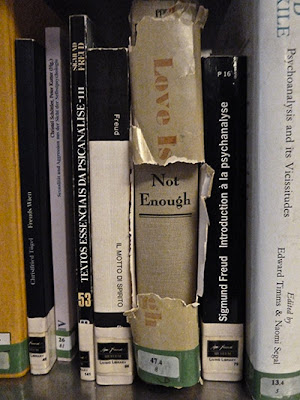 By Alev Adil
The Guardian 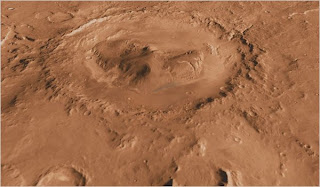 "NASA’s next Mars rover — the ambitious, beleaguered, delayed Mars Science Laboratory — finally has a destination.
Mission scientists announced Friday that the rover, a nuclear-powered vehicle the size of a small S.U.V., would head to Gale Crater, a 96-mile-wide depression near the Martian equator. What attracted them there is a mountain that rises upward nearly three miles at the center, making it taller, for example, than Mount Rainier outside Seattle."
NYTimes.com /continue reading 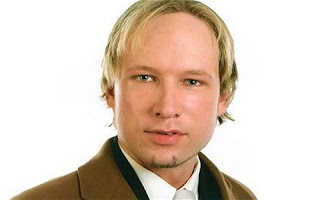 The suspect is reported to be Anders Behring Breivik
"The death toll rose sharply after police began recovering bodies from the water surrounding the Utoeya island outside Oslo, where the shootings took place.
The attack at the youth camp came just hours after a bomb attack outside government buildings in Oslo killed seven people.
A 32-year-old man, named by Norwegian media as Anders Behring Breivik who has reported links to the far-Right, was being questioned by police in connection with the attacks.
Initially the number of dead on the wooded island was put at 10, but early on Saturday morning they said they had discovered more bodies and that the gunman had killed at least 80 people.
The mass shootings are among the worst in history and is the worst violence to hit Norway since the second world war."
Telegraph/continue reading

Seven killed by bomb in Oslo

"A terror group, Ansar al-Jihad al-Alami (the Helpers of the Global Jihad), issued a statement claiming responsibility for the attack, according to Will McCants, a terrorism analyst at CNA, a research institute that studies terrorism. The message said the attack was a response to Norwegian forces' presence in Afghanistan and to unspecified insults to the Prophet Muhammad. "We have warned since the Stockholm raid of more operations," the group said, apparently referred to a bombing in Sweden in December 2010, according to Mr McCants' translation. "What you see is only the beginning, and there is more to come." The claim could not be confirmed."
via guardian.co.uk /read more 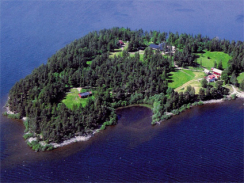 Norway - Police say they are sending anti-terror police to a youth camp outside Oslo after reports of a shooting there following the bomb blast at the government headquarters.
The news site VG reported that a man dressed in a police uniform opened fire at the camp. It says several people were injured.

Oslo police chief Anstein Gjengdal said anti-terror units were being sent to the camp at Utoya, outside the Norwegian capital.

He had no other information on that incident, which came hours after a bomb blast outside the government headquarters killed at least two people and injured 15.
via

"The answer to that is three fold. In then first instance, with the increased levels of security and surveillance in the UK and the US as well as other European capitals, Norway might have been seen as a softer target despite the recent breaking up of an al-Qaida cell in Norway.

A more detailed explanation of the problems that Norway has had with Al Qaeda were supplied a year ago by the Atlantic magazine in an article by Thomas Hegghammer, a senior fellow at the Norwegian Defence Research Establishment in Oslo, and Dominic Tierney.

That piece followed the arrest of three men in Norway and Germany for allegedly plotting a terrorist attack involving peroxide explosives. All of those arrested were were Muslim immigrants to Norway.

The first explanation," wrote Hegghammer and Tierney, "is Afghanistan. Norway has been part of the International Security Assistance Force (ISAF) in Afghanistan from its foundation in late 2001.... In late 2007, for example, Ayman al-Zawahiri, al-Qaida's
second-in-command, said that the group had previously threatened Norway because it "participated in the war against the Muslims...

A second contributory factor for why Norway may have been eyed in the past for potential jihadi terrorist attack is the fact that in 2006, a Norwegian newspaper reprinted a series of Danish cartoons depicting the Prophet Muhammad which prompted threats against the country. A third potential explanation is the recent decision last week by a Norwegian prosecutor filed terror charges against an Iraqi-born cleric for threatening Norwegian politicians with death if he's deported from the Nordic country."
Peter Beaumont, foreign affairs editor at the Observer 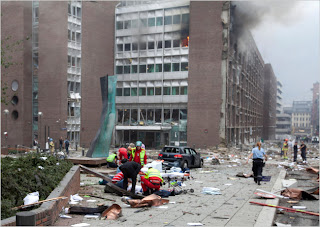 "A large explosion shook central Oslo on Friday and blew out the windows of several government buildings, including one housing the office of the Norwegian prime minister, according to local media reports. There were initial reports of several injuries.The sound of the blast echoed across the city just before 3:30 local time, and a giant cloud of white smoke continued to rise hundreds of feet into the air over the city as a fire burned in one of the buildings. Reuters said the fire was in the building housing the country’s oil ministry.

Initial media reports described a chaotic scene as police cleared the area around the building and were searching for additional explosives, according to the daily Aftenposten. Photos and television footage showed a 17-story building with windows blown out and the surrounding street strewn with glass and debris.

The cause of explosion was not immediately clear, but a Reuters reporter described seeing the mangled wreckage of a car near one of the buildings."
via NYTimes.com /continue reading

Who does he think he is... Winnie the Pooh? 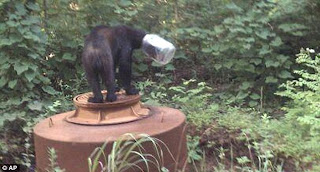 After Winnie the Pooh, everybody knows bears have a tendency to get their heads stuck in jars.
But while the cartoon character managed to free his head from his favourite honer pot, this poor grizzly needed a little extra help.

Keep off the grass 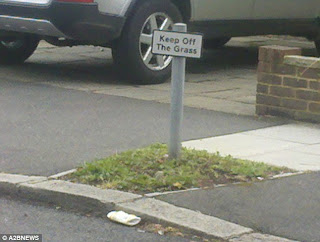 'Freaky' Mouse Is Immune to Poison 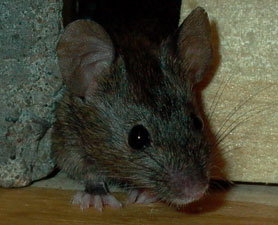 Mice from different countries have likely interbred, producing what researchers call a “freaky” and “superior” house mouse that is resistant to a common rodent poison.

The discovery, reported in the journal Current Biology, demonstrates how hybridization can occur naturally among animals, yielding non-sterile individuals with beneficial attributes. In this case, the result is a mouse that is resistant to warfarin, a toxic and, usually, deadly ingredient in many rodent poisons.

Hybrids often cannot reproduce, but “sometimes there is the occasional odd hybrid that has just about the right novel combination of genomes from two species that renders them, at least temporarily, superior over the pure species,” lead author Michael Kohn told Discovery News. 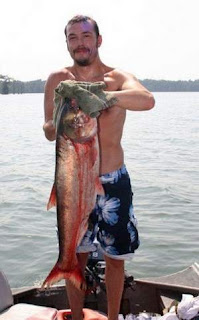 "It’s hard to say whether Benjamin Fudge caught a monster carp or whether the fish caught him.

Fudge and a friend weren’t having much luck while fishing for crappie, bream and bass in Reelfoot Lake in Tiptonville last week.

After giving up on a spot, Fudge started the eight horsepower engine on their rented jon boat and headed off in search of fish.

Moments later, a 30-pound Asian carp found Fudge when it jumped about seven feet out of the water and landed in the tiny aluminum boat.

“It all kind of happened in slow motion. It was surreal,” said Fudge, 26, an Old Hickory resident who was on his first trip to Reelfoot. “We were running across the lake to another spot and that thing just jumped in the boat with us.”
via tennessean.com by Mike Organ/continue reading 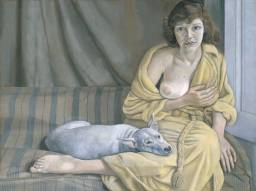 "Lucian Freud, whose stark and revealing paintings of friends and intimates, splayed nude in his studio, recast the art of portraiture and offered a new approach to figurative art, died on Wednesday night at his home in London. He was 88.He died following a brief illness, said William Acquavella of Acquavella Galleries, Mr. Freud’s dealer.

Mr. Freud, a grandson of Sigmund Freud and a brother of the British television personality Clement Freud, was already an important figure in the small London art world when, in the immediate postwar years, he embarked on a series of portraits that established him as a potent new voice in figurative art.
via NYTimes.com /continue reading 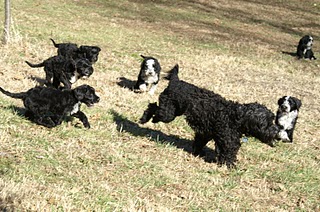 "It was my responsibility to teach my pups certain things. These were lessons to make my life easier and theirs safer, such as coming when called, sit, stay, be gentle taking treats from hand, don't jump on strangers, etc. But there were other lessons they needed to learn that I couldn't teach them. They needed to learn how to be dogs. Who better to teach these important lessons than their mama, Samba."
The Portuguese Water Blog/continue reading
Thanks to Parlance

Sarah Palin is counting on you. 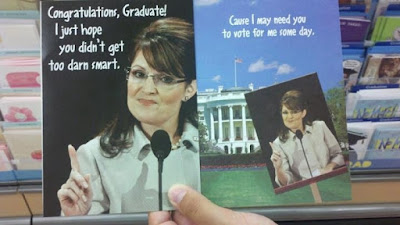 The only proper way to see Inception. 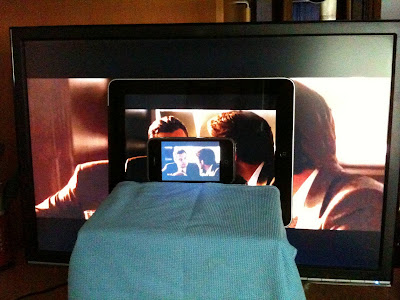 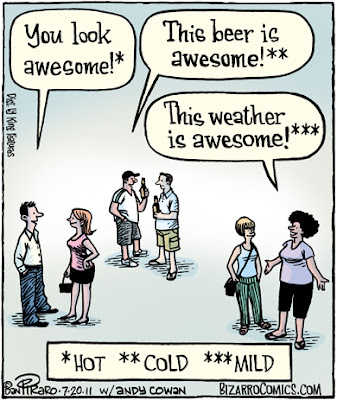 It's fight not flight that keeps them alive. 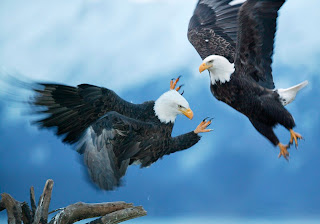 Photographer and writer Steve Bloom has spent a decade trekking the globe in a bid to capture some of nature's most feared species in moments of conflict such as these two bald eagles battling it out in Alaska.

After more than 30 years, Nasa's space shuttle programme comes to an end as Atlantis touches down at the Kennedy Space Center in Florida. 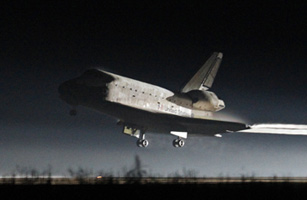 "The crew of four, lead by Commander Christopher Ferguson, have completed a two-week supply run mission to the International Space Station (ISS).
Space shuttle Atlantis will now join Discovery and Endeavour in retirement.
Until the next generation of spacecraft is developed, Nasa will rely on Russian Soyuz vehicles to ferry crew and cargo to the ISS and beyond."
Video: Emotional end to Nasa space shuttle programme as Atlantis touches down for last time - Telegraph

Not Even a Food Handler’s Card? 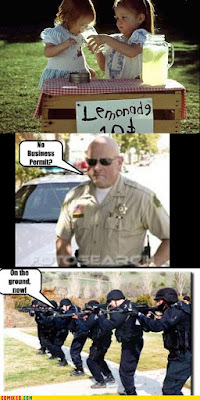 A lion is most likely to eat you just after a full moon, research has shown. 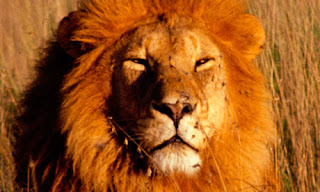 Other predators, such as wolves, may also be at their most dangerous when the moon starts to wane.

The discovery, from an African study of 500 lion attacks, could explain the full moon's place in folklore as a harbinger of evil or disaster, and its association with werewolves and vampires.

Scientists studied records of nearly 500 lion attacks on Tanzanian villagers between 1988 and 2009. 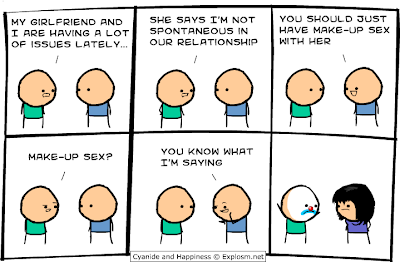