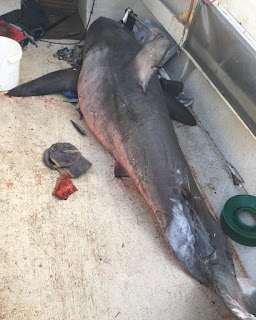 A fisherman who watched a 2.7-metre great white shark land in his boat has downplayed the experience, calling it “just a mundane thing”. Terry Selwood, 73, was caught by surprise while fishing off Evans Head, on the north coast of New South Wales, Australia, on Saturday afternoon when the shark launched itself into his 4.5-metre boat.
The shark’s pectoral fin hit Selwood on his forearm and knocked him on to his hands and knees as it scaled the boat’s engine and landed on the floor.
Read more