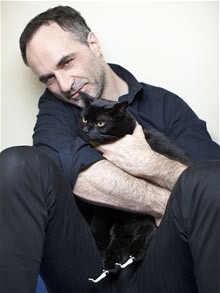 "It is 10pm on a Friday night, and Noel Fitzpatrick, the veterinary surgeon better known to television viewers as the Bionic Vet, is preparing to go back into surgery. 'I’m going to go and do what I do,’ he says. What he does is mend people’s pets using radical surgical techniques that include giving them prosthetic limbs. His can-do attitude to cutting-edge science was neatly summed up in the title sequence of his BBC series, which went out earlier this year. 'Give a cat two new feet…’ it showed him saying, '… done.’
The cat in question, Oscar, was flown from Jersey to Fitzpatrick’s multi-million-pound referral practice near Godalming in Surrey in October last year, after its hind paws had been severed by a combine harvester."
read more